What is Slow Food?

Slow Food is an international movement which was started by Carlo Pettrini in Italy and came into official being in Paris in 1989. The very name “Slow Food” originated in protest against the continuing expansion of fast food establishments that quickly tend to crowd out local culinary traditions.

Slow Food is not a “gourmet” society. It is more about the rediscovery of traditional flavors, locally produced ingredients and savors of regional cooking. The organization believes that quality of life is linked to the pleasure of eating healthy, flavorful food prepared in varied ways versus the dominant salt/fried flavored foods prepared in a standardized way by the fast food industry. It also promotes the importance of the family dinner ritual as an important part of the human experience.

Its head offices are in Bra, in Piedmont, in the north of Italy where the first national association was founded. Other offices have been opened in Switzerland (1995), in Germany (1998) in New York, in the USA (2000), in France (2003) in Montpellier, and this year in Japan in the northern city of Sendai. Slow Food boasts 80,000 members in more than 100 countries, organized into more than 800 local convivia. In Italy there are about 35,000 members and 360 convivia (in Italy known as condotte). There are approximately 18 Convivia in Canada In the rest of the world, there are about 450 convivia and the number is continuing to grow. The condotte in Italy and the convivia worldwide are the linchpins of the Slow Food movement and interpret and represent its philosophy at local level.

The Slow Food Manifesto promotes the safe guarding of local economies, the preservation of indigenous gastronomic traditions and the creation of a new kind of ecologically aware consumerism committed to sustainability.

What does the Slow Food PEC Convivium do?On a cold November Sunday of 2005, a group of 15 people gathered together to discuss the Slow Food movement and the feasibility of setting up a convivium in Prince Edward County. The group did not take long to decide that given Prince Edward County’s long agricultural history and increasing reputation as a culinary tourism mecca, that a Slow Food Convivium was not only important to The County—but also far overdue!Our Convivium. 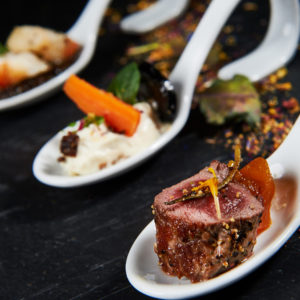